For more on NATO actions in Iraq, see- NATO.

Iraq (/ɪˈræk/, Listeni/ɪˈrɑːk/, or /aɪˈræk/; Arabic: العراق‎‎ al-‘Irāq; Kurdish: عێراق‎ Eraq), officially known as the Republic of Iraq (Arabic: جمهورية العـراق‎‎ About this sound Jumhūrīyyat al-‘Irāq; Kurdish: كۆماريى عێراق‎ Komari Eraq) is a country in Western Asia, bordered by Turkey to the north, Iran to the east, Kuwait to the southeast, Saudi Arabia to the south, Jordan to the southwest, and Syria to the west. The capital, and largest city, is Baghdad. The main ethnic groups are Arabs and Kurds; others include Assyrians, Turkmen, Shabakis, Yazidis, Armenians, Mandeans, Circassians, and Kawliya. Around 95% of the country's 36 million citizens are Shi'a or Sunni Muslims, with Christianity, Yarsan, Yezidism, and Mandeanism also present.

The region between the Tigris and Euphrates rivers, historically known as Mesopotamia, is most often referred to as humanity's cradle of civilization. It was here that mankind first began to read, write, create laws, and live in cities under an organised government, notably Uruk, from which Iraq was derived. Its nations were major players in Biblical times.

Iraq has a narrow section of coastline measuring 58 km (36 mi) on the northern Persian Gulf and its territory encompasses the Mesopotamian Alluvial Plain, the northwestern end of the Zagros mountain range, and the eastern part of the Syrian Desert. Two major rivers, the Tigris and Euphrates, run south through the center of Iraq and flow into the Shatt al-Arab near the  Persian Gulf. These rivers and canals provide Iraq with significant amounts of fertile land, which is further enhanced by irrigation. Most of the major towns are found on or next to these rivers.

Iraq's people are mostly Shi'ite and Sunni Muslims. They are of a mixed Semitic, Turkic, Georgian and Persian ethnic stock. They also speak the official Iraqi,  Baghdadi, Mosul, Kikuck and Basra Arabic dialects, along with standardised Arabic and some Kuwaiti and Gulf Arabic. Some also speech Persian, Turkoman, English, Turkish and Kurdish to varying degrees. Arabic is the official and majority language, with Kurdish in second place and recognised as a regional language.

Iraq has a coastline measuring 58 km (36 miles) on the northern Persian Gulf and encompasses the Mesopotamian Alluvial Plain, the northwestern end of the Zagros mountain range, and the eastern part of the Syrian Desert. Two major rivers, the Tigris and Euphrates, run south through Iraq and into the Shatt al-Arab near the Persian Gulf. These rivers provide Iraq with significant amounts of fertile land.

The region between the Tigris and Euphrates rivers, historically known as Mesopotamia, is often referred to as the cradle of civilisation. It was here that mankind first began to read, write, create laws, and live in cities under an organised government—notably Uruk, from which "Iraq" is derived. The area has been home to successive civilisations since the 6th millennium BC. Iraq was the centre of the Akkadian, Sumerian, Assyrian, and Babylonian empires. It was also part of the Median, Achaemenid, Hellenistic, Parthian, Sassanid, Roman, Rashidun, Umayyad, Abbasid, Ayyubid, Mongol, Safavid, Afsharid, and Ottoman empires.

Iraq's modern borders were mostly demarcated in 1920 by the League of Nations when the Ottoman Empire was divided by the Treaty of Sèvres. Iraq was placed under the authority of the United Kingdom as the British Mandate of Mesopotamia. A monarchy was established in 1921 and the Kingdom of Iraq gained independence from Britain in 1932. In 1958, the monarchy was overthrown and the Iraqi Republic created. Iraq was controlled by the Arab Socialist Ba'ath Party from 1968 until 2003. After an invasion by the United States and its allies in 2003, Saddam Hussein's Ba'ath Party was removed from power and multi-party parliamentary elections were held in 2005. The American presence in Iraq ended in 2011, but the Iraqi insurgency continued and intensified as fighters from the Syrian Civil 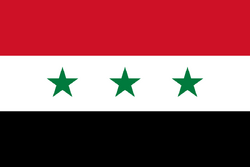 Retrieved from "https://1991-new-world-order.fandom.com/wiki/Time_line_of_Iraq?oldid=91200"
Community content is available under CC-BY-SA unless otherwise noted.